Often times we are inundated with overloads of information that is either irrelevant or just too complicated to really provide any sort of advice.

There are four simple rules that would provide massive returns on your next investment and doesn't require rocket science to understand?

You might be a little skeptical, but I assure you these rules can make the difference between a winning investment and a loser.

By knowing the four cardinal red flags, you will have the tools at your disposal to intelligently and confidently decide whether or not this company is worth your hard earned dollars.

So, what are these four cardinal red flags?

1. If you don’t understand the industry your business is in, then you can’t possibly have a good enough grip on it to own stock in it.

2. Be careful of this one! It’s easy to assume big numbers will continue to be big numbers. Big numbers, as you may know, lead to big valuations. And big valuations can get you in trouble. It’s far better to be realistic. Make conservative assumptions about the future.

3.  Company’s durable competitive advantage. Moats can be deceiving, but this goes back to understanding the business well enough to distinguish between a real and fake moat. Do not invest in a business without a real Moat.

4. And finally, if you don’t have passion and enthusiasm for your business, then you shouldn't own a piece of it, because you’re going to have to keep up with it once you own it. And if you aren’t into the business, you won’t keep up with it. It’s a huge mistake to buy it and forget about it. 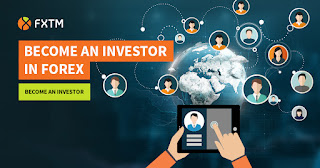 This is perfect opportunity to network with traders and local investors, and gain the knowledge needed to grow your business. Get Stated here

Get more insights here Investments – OlayinkaOyelamiCorporation (OOCORP) on good company to invest in
at August 21, 2016 No comments:

Are you living the life you were created for?

Self-Help: Are you living the life you were created for? Is your life FILLED with, health, energy, wealth, joy and free time? Then today is the day YOU start to create your Perfect Lifestyle.

Control Your Reactions and Responses

There are three basic differences in the reactions of optimists and pessimists. The first difference is that the optimist sees a setback as temporary, while the pessimist sees it as permanent. The optimist sees an unfortunate event, such as an order that falls through or a sales call that fails, as a temporary event, something that is limited in time and that has no real impact on the future. The pessimist, on the other hand, sees negative events as permanent, as part of life and destiny.

The second difference between the optimist and the pessimist is that the optimist sees difficulties as specific, while the pessimist sees them as pervasive. This means that when things go wrong for the optimist, he looks at the event as an isolated incident largely disconnected from other things that are going on in his life.

For example, if something you were counting on failed to materialize and you interpreted it to yourself as being an unfortunate event, but something that happens in the course of life and business, you would be reacting like an optimist. The pessimist, on the other hand, sees disappointments as being pervasive. That is, to him they are indications of a problem or shortcoming that pervades every area of life.

The third difference between optimists and pessimists is that optimists see events as external, while pessimists interpret events as personal. When things go wrong, the optimist will tend to see the setback as resulting from external factors over which one has little control.

If the optimist is cut off in traffic, for example, instead of getting angry or upset, he will simply downgrade the importance of the event by saying something like, “Oh, well, I guess that person is just having a bad day.”

The pessimist on the other hand, has a tendency to take everything personally. If the pessimist is cut off in traffic, he will react as though the other driver has deliberately acted to upset and frustrate him.

The hallmark of the fully mature, fully functioning, self-actualizing personality is the ability to be objective and unemotional when caught up in the inevitable storms of daily life. The superior person has the ability to continue talking to himself in a positive and optimistic way, keeping his mind calm, clear and completely under control. The mature personality is more relaxed and aware and capable of interpreting events more realistically and less emotionally than is the immature personality. As a result, the mature person exerts a far greater sense of control and influence over his environment, and is far less likely to be angry, upset, or distracted.

Look upon the inevitable setbacks that you face as being temporary, specific and external. View the negative situation as a single event that is not connected to other potential events and that is caused largely by external factors over which you can have little control. Simply refuse to see the event as being in any way permanent, pervasive or indicative of personal incompetence of inability.

Resolve to think like an optimist, no matter what happens. You may not be able to control events but you can control the way you react to them.

Now, here are three actions you can take immediately to put these ideas into action.

First, remind yourself continually that setbacks are only temporary, they will soon be past and nothing is as serious as you think it is.

Second, look upon each problem as a specific event, not connected to other events and not indicative of a pattern of any kind. Deal with it and get on with your life.

Third, recognize that when things go wrong, they are usually caused by a variety of external events. Say to yourself, “What can’t be cured must be endured,” and then get back to thinking about your goals. 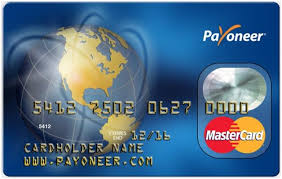